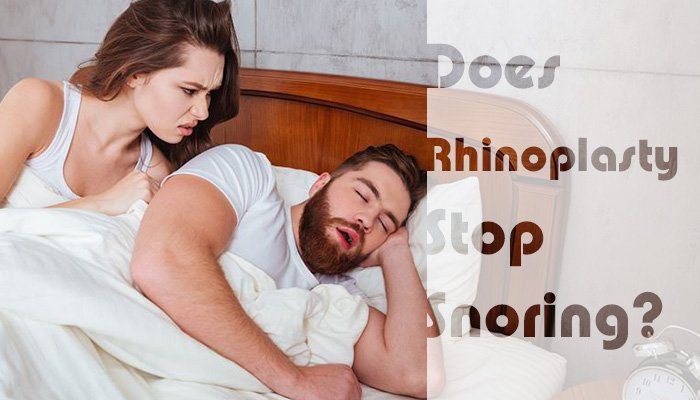 Proving that a person snores while sleeping is very difficult, that’s why people always make a joke about it. If you are one of those people who are blamed due to the loudness of your snoring at night, read this article to find out if your snoring can be treated with rhinoplasty.

Snoring is a hoarse sound caused by the wear of the airflow to the soft tissues of the throat and the vibration of these tissues during respiration. Almost everyone snores, but for some people, it becomes a chronic problem. Sometimes snoring can be a sign of a serious illness and should not be taken easy. In addition, snoring can upset your partner!

Which cases of snoring can be treated with rhinoplasty? 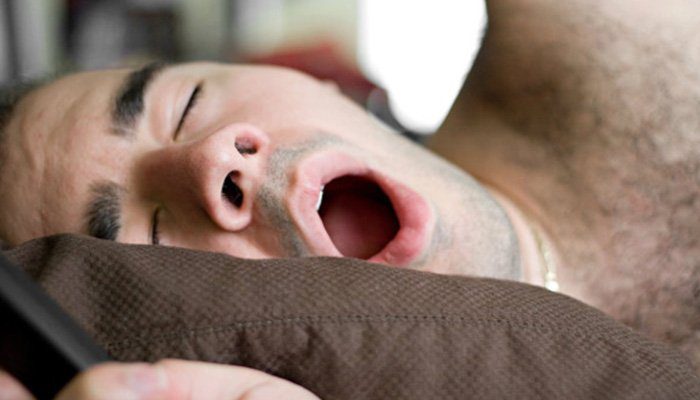 Snoring is present in at least 40% of men and 20% of women and usually causes sleep problems. However, in only 4٪ of men and 2٪ of women, snoring is so severe so that can be life-threatening. Snoring can occur for a variety of reasons, such as anatomy of the mouth and sinuses, allergies, being overweight or obese, and some other reasons. Here are some serious causes of snoring that can be treated with rhinoplasty.

Deviation of the nasal septum

One of the possible causes of snoring can be a deviation of the nasal septum. Inside the nose is a cartilage tissue that separates the left and right nostrils. This cartilaginous wall is called the nasal septum. In some people, this tissue is diverted to the other side, causing partial or complete blockage of the airways in the nose. Nasal deviation can be caused by trauma and injury. In addition, heredity may play a role.

Deviated septum increases the risk of dry mouth, sleep apnea, and snoring. The following can be considered as symptoms of nasal deviated septum:

However, a deviated septum may not cause snoring on its own, and some people can breathe easily despite this condition. However, having a deviated septum, along with problems such as enlarged tonsils and nasal congestion, inflammation of the inner wall of the nose due to allergies, and being overweight or obese, which narrows the airways, may cause partial or complete obstruction of the airways.

A nasal polyp is a soft, painless, noncancerous mass that covers the nasal passages or sinuses. Polyps hang like teardrops or bunches of grapes. They may be due to chronic inflammation caused by asthma, recurrent infections, allergies, or certain immune disorders.

Polyps are soft, intangible appendages, so if they are small, you usually have no symptoms or even notice them. But larger or multiple polyps can block your nasal passages, causing breathing problems, loss of sense of smell, and recurrent infections.

When Should I do rhinoplasty to stop snoring? 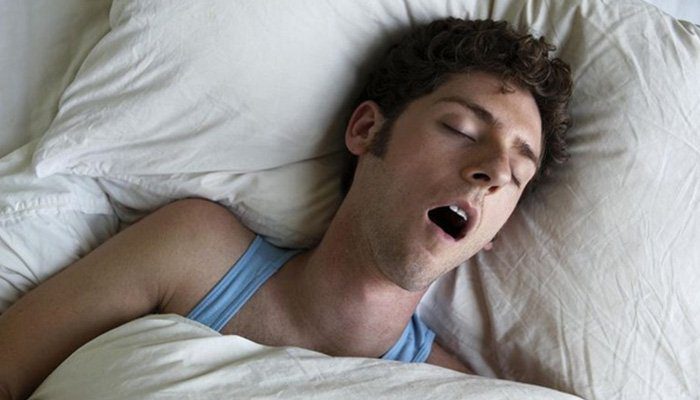 To treat mild and short-lived snoring, just change your lifestyle by doing the following:

In some cases, your doctor may prescribe a snoring treatment device that fits snugly over your mouth and adjusts the position of your jaw, tongue, and palate to allow airflow. However, the best treatment for severe snoring and snoring caused by permanent airway obstruction is surgery.

What happens in rhinoplasty to stop snoring?

Depending on the cause of the disorder, there are several types of rhinoplasty to treat snoring:

Septoplasty is a type of rhinoplasty that is performed to correct a deviation of the nasal septum. Indeed, during this surgery, the middle septum of the nose is flattened and the left and right nostrils are aligned and symmetrical.

During septoplasty, an endoscopic telescope is used to observe internal structures so that the deviations that cause snoring can be properly seen and estimated. The surgeon first removes the mucous membrane above the septum and then changes the cartilage and bone to remove the nasal obstruction. In this regard, parts of the bone or cartilage may be shaved or cut.

In some cases, a cartilage graft may be used to strengthen or rebuild the septum. Sutures and tissue adhesives are used to seal the wound. This operation takes an hour or two and is performed under general anesthesia. The patient is discharged after regaining consciousness and goes home.

Septoplasty has limited side effects if performed by an experienced surgeon. However, like other surgeries, you may experience some short-term and long-term complications. In the first few weeks after surgery, you may experience some pain, inflammation, infection, or physical discomforts, such as feeling something in your throat or above your mouth and a sore throat, which will usually go away on their own and gradually.

However, some side effects may be a little more persistent and take longer to heal. These more persistent side effects may include dryness of the nose, mouth, and throat. Call your doctor right away if snoring persists and you have trouble breathing or notice a change in voice after surgery and also in case of severe fever and pain; These are signs of a possible infection.

If the polyp does not shrink with the prescribed medication, endoscopic surgery becomes one of the options for treating nasal polyps. In this procedure, the surgeon first examines the inside of the nose. After taking a CT scan, the surgeon can see the size of the nasal polyp. Also, during this, the surgeon can detect the degree of structural abnormalities such as deviation of the septum or other diseases such as chronic sinusitis. Sometimes it is these conditions that cause polyps.

In endoscopic surgery, the surgeon inserts a small tube with a magnifying glass and a small camera (endoscope) into the nostrils and into the sinus cavities. To remove the polyp, the surgeon uses another tool to shave the polyp. Nasal polyp surgery is a non-invasive, outpatient surgery that does not take much time. If your surgeon has enough experience, this surgery won’t last more than 30 minutes.

Is rhinoplasty to stop snoring worth it? 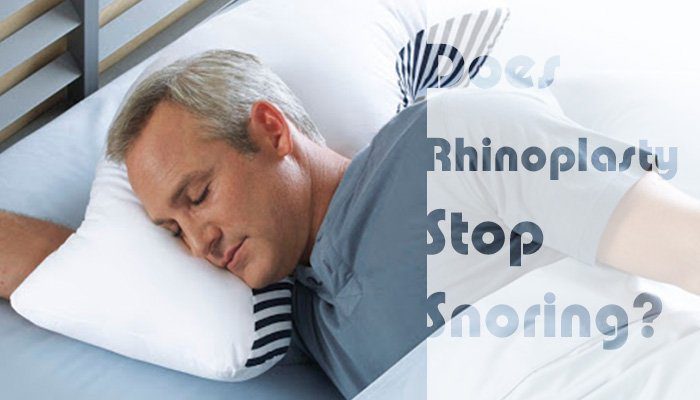 Prolonged snoring should not be ignored. By consulting an ear, nose, and throat specialist, you can find out the cause of your snoring and find a way to treat it. Your doctor will help you get rid of snoring at night, either with medication and equipment or through surgery. Do not be afraid when you are supposed to treat snoring with rhinoplasty, as these types of surgeries are usually safe and have a short recovery period.

Previous postYou are a bad candidate for dental implants!
Next postThigh lift surgery in Iran