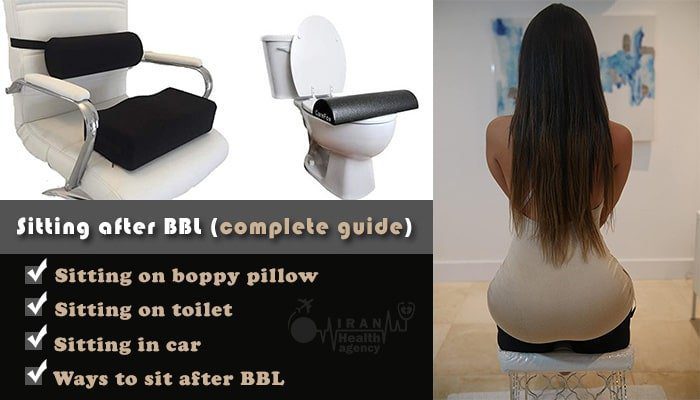 If you have had BBL surgery in Iran or anywhere else, you should follow certain instructions in the first few weeks to get the best results. One of the most important things to look out for in post-surgery care is the issue of sitting after BBL.

Many people do not know whether sitting after BBL affects the surgical area and may ruin the outcome of the surgery.

Sometimes sitting after surgery is unavoidable, especially if you need to go to the toilet! However, there are some steps you can take to minimize the risk of disrupting the transferred fat.

In this article, we will tell you how long it is not allowed to sit after this surgery. We are also going to learn you some ways to sit after BBL. So, do not miss it!

Does sitting after BBL ruin the outcome of the surgery?

All in all, you should certainly avoid sitting or lying on your back at all, especially in the first 2-3 weeks after BBL; Because fat grafts do not initially have a blood supply and any pressure on your buttocks reduces blood flow to this area and may damage fat grafts. It takes about 2 to 6 weeks for blood vessels to form at the site of the transplanted fat that is crucial for your surgery to be successful. Fat may also be displaced by high pressure.

Sitting on boppy pillow after BBL 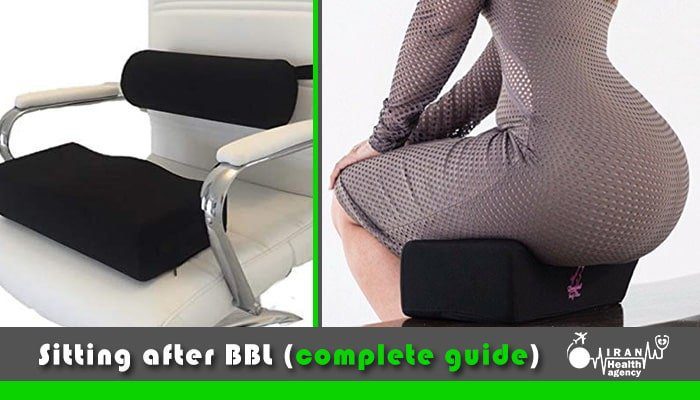 Sitting on boppy pillow after BBL can help keep pressure off the buttocks itself. It’s better to place it on the upper thighs and below the buttocks. However, you should not sit on your buttocks, even with a special pillow, for at least 2 weeks after surgery. It is then recommended that you use these pillows to sit on for 2 to 3 months after surgery.

Sitting on boppy pillow after BBL should be used for any sitting activities, including driving, for four weeks or until cleared by your surgeon. However, when doing stationary things like watching TV, reading, working with the computer, etc., it is better to lie on your stomach or on your sides.

Can I sit on toilet after BBL?

After BBL surgery, you can sit on toilet; But it’s better not to sit directly on the toilet. Instead, you should squat or hold onto rails. If you had to sit on toilet after BBL, to ensure a healthy recovery and optimal fat grafting success, patients are asked to avoid prolonged sitting, especially during the first two weeks after surgery. Because in this surgery the upper buttocks are targeted it is also recommended that the patient lean forward slightly and sit more on the back of the thigh, rather than sitting directly on the buttocks when using the toilet.

How to sit in car after BBL

As mentioned in the previous sections, sitting in the first 2 weeks after BBL surgery is not recommended, which includes activities such as driving. It is best to plan before surgery so that you can rest at home for at least two weeks. Some surgeons even believe that you should avoid sitting for up to 6 weeks, especially for a long time. However, sometimes unexpected and uncontrollable things can happen that you need to be prepared for. If you have to sit in car after BBL, sitting on donut or boppy pillow is the best choice. Also, avoid prolonged driving. Many plastic surgeons recommend that you continue to use the pillow for 2-3 months after surgery when you have to sit in car after BBL.

Ways to sit after BBL 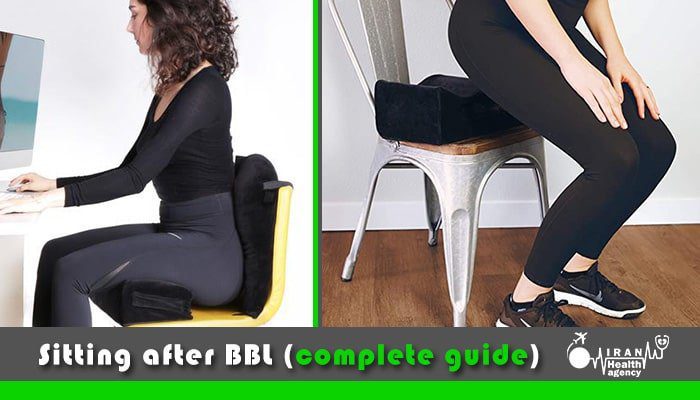 Probably the most common question that patients ask is ways to sit after BBL. You should avoid it. Temporarily, of course! Try not to sit directly on your butt for two to six weeks post-surgery.

If you need to sit, then you will need a BBL pillow, which allows a small cushion to go under the lower thigh while taking the pressure off the buttocks. In case you don’t have a BBL pillow, a towel can help. Another thing you can try is sitting backward on the chair.

Even after 8 weeks, you should still use shock-absorbing pillows to sit on and avoid prolonged sitting. It is also recommended that you avoid sleeping on your back for the first 8 weeks after surgery.

This should be done carefully as accidentally sitting or applying pressure to the tender upper buttocks area after the surgery will cause damage to the new fat grafts because of the enormous force applied on the fat tissues. Hence, squatting, stretching, and especially sitting should be avoided as much as possible during recovery as they induce significant amounts of stress that could damage the newly transferred fat cells.

Previous post17 questions you had about rhinoplasty but were ashamed to ask it!?
Next postTop 20 rhinoplasty surgeons in Iran