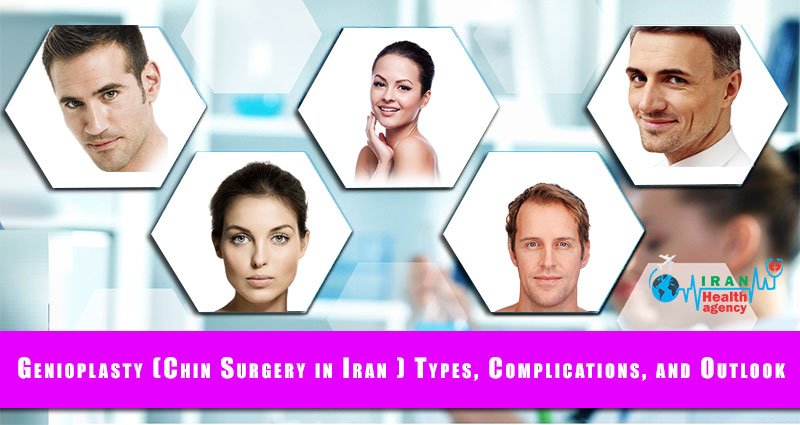 If the size and shape of your chin bothers, you just do few simple things below:

Travel to Iran for chin augmentation because:

How much does chin surgery cost in Iran?

Another service to make your smile and face more beautiful

What are included in the price of chin surgery in Iran

Chine surgery costs in Iran can include:

– The cost of anesthesia

– Cost of surgical or hospital equipment

– The cost of plastic surgeon in Iran

One of the facial parts that can disrupt the overall balance of face is the chin. A short or small chin can negatively affect the aesthetic of the face shape and make the nose look bigger.

In contrast, an oversized or raised chin can make the upper part of the facial face and nose look smaller. Even slight changes in the size of the chin can significantly improve the overall balance of the face.

Mentoplasty (also called genioplasty) is the name of cosmetic operation to correct the shape of the chin and there are many different techniques to do it.

2 main types of Mentoplasty in Iran:

When it comes to making the small and short chins bigger, there are 4 common procedures to perform the chin enhancement surgery in Iran

Candidates: patients having chin too small to be enlarged by injection or prosthesis, or the unusual complex of chin deformity.

Procedure: during the operation, the surgeon cuts the chin bone with a swinging saw and removes part of it. Then, he moves the remaining part of the jaw forward and holds it in place employing some special plates and screws. After fixing the bone in new location, the incision is closed and bandage is wrapped around the patients head intensively.

Time off surgery: sliding genioplasty in Iran takes around 45-90 minutes.

Before and after photos of sliding genioplasty in Iran:

Procedure: some incision is made under the chin or inside the mouth in order to insert the prosthesis into the chin. not to mention in both cases the surgeon must cut and pass the several layers carefully not to damage the main nerve of the chin.

After creation of an empty space in the connective tissue inside the chin and disinfects it with a solution the sterile prosthesis is placed in the correct position then the incision is closed and the wound is covered with a stripper adhesive.

Time off surgery: fat transfer to the chin in Iran takes between 1 and 4 hours, depending on the amount of liposuction and area treated.

Durability: fat transfer to the chin in Iran lasts 2-3 years

Before and after photos of fat transfer to chin  in Iran:

Procedure:  injection of dermal fillers under chin’s skin in order to making jawline and chin augmented. Actually this procedure can be name chin augmentation in Iran

Durability: depending on brand of filler but averagely 6-12 months

In this method, the chin bone is cut and fixed in a lateral position. It is relatively wider procedure in but is capable of correcting wider chin disorders. There are 2 common types of chin reduction surgery in Iran.

procedure: In a direct chin reduction procedure in Iran, the surgeon makes the incision either under the chin or inside the mouth and removes the extra bone using a “bar” which is a surgical drill.

The surgeon removes a part of the chin bone that resembles a horseshoe and slides it back or forth. Once selected, the chin bone is secured in place using a series of special wire or metal plates and titanium screws. Finally, the surgeon sutures the incision and covers it with adhesive tape.

Time off surgery: Usually, this type of surgery, depending on its complexity, takes about 1 to 1.5 hours

for enlarging the chin. However, the difference is that the bone is cut back rather than pulled forward.

Before and after photos chin reduction surgery in Iran:

Preparation of chin surgery in Iran:

revision rhinoplasty in Iran and its details

What to do after chin surgery in Iran:

After chin surgery in Iran, a special cosmetic surgical garment is placed on the patient’s head and face to help control swelling and reduce surgical chin movement.

The patient should wear this garment throughout the first week after chin surgery in Iran.

Usually within 3 to 5 days there will be moderate pain or discomfort.

Patients can resume their activities after one week, but should avoid any activity or intense exercise, especially collision sports, until 6 weeks after surgery.

However, keep in mind that it may take up to 6 weeks for the final result to be noticeable .

The result of the chin surgery in Iran is permanent except filler and far injection, but it should be borne in mind that as the older you get, the shape of it is also changes.

For example, the tissues around the chin are constantly affected by aging and gravity.

What are the risks of chin surgery in Iran?

Complications from mentoplasty and genioplasty surgery in Iran rarely occur. However, some patients face some  infection in the chin or lip, which is usually resolved by antibiotic use

Also, over time, the bones of the chin are slightly gets a little worn however, should be mentioned this condition usually does not cause any medical problems, discomfort or changes in the appearance of the chin.

In genioplasty in Iran, wires or straps are removed if discomfort occurs. In addition, patients may experience numbness in the chin and lips, which is temporary.

It should be noted that the dangers of chin cosmetic surgery rarely occur.

+If I didn’t like my chin implant, could it be removed?

-the removal of chin implant is a quit simple procedure and will be performed not facing any problem. But in some cases prosthetics creates a hole under the bone of chin with change the shape of chin comparing to the initial form.

+Is the scar of chin surgery visible?

Since it is a minimally invasive procedure, the scar is either not formed after chin surgery or is very minor in case there is scar, it will be invisible and the patient recovered quickly.

+how is the procedure of double chin removal in Iran?

During the double chin surgery in Iran, the chick or the extra skin under the chin are removed, which is loosened by the accumulation of excess fat.

In double chin removal surgery which is also called chin liposuction, excess fat is removed from the chin. This is a quick operation that can be done on an outpatient basis. After surgery, the patient will have a new face with a more prominent jaw and a chin free of excess fat and skin.

Notice: When all else fails, keep your chin up ,smile and go forward more strongly

Previous postfat transfer in Iran
Next postDental bridges in Iran