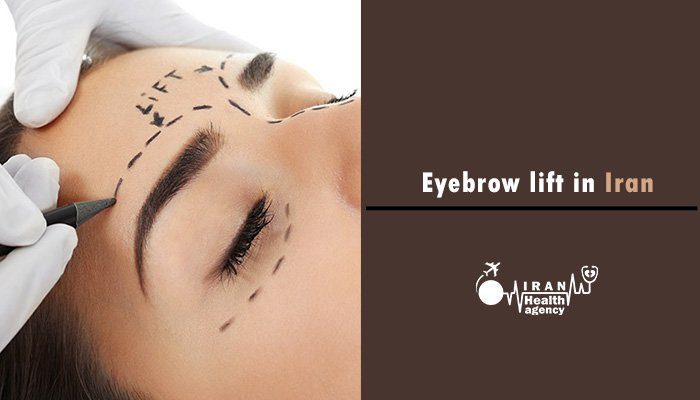 If you want a young and attractive face, you should know that eyebrows will be one of the most important and influential factors in facial beauty. As you know, with age, body tissues sag and fall below their original position, which can affect your beauty and self-confidence. In the eyebrow area, we also see these changes with age.

Eyebrow lifts and pulling forehead skin in the elderly make them look about 15 years younger. The durability of brow lifts varies depending on the type of skin, age, the way a patient’s body responds, the amount of collagen production, and the eyebrow lift method. In this article, we want to introduce you to eyebrow lift methods and compare the advantages and disadvantages of these methods.

brow lift in Iran before after 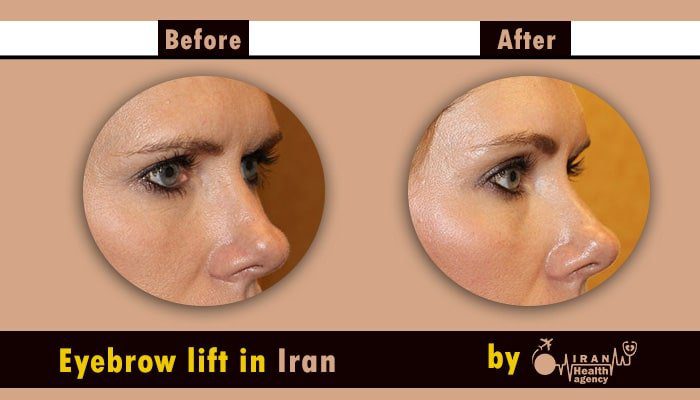 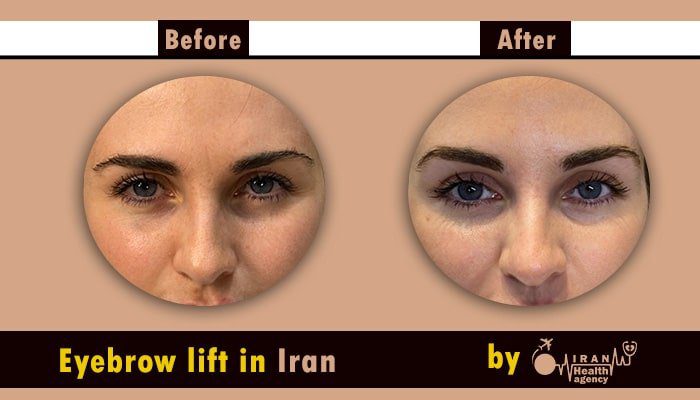 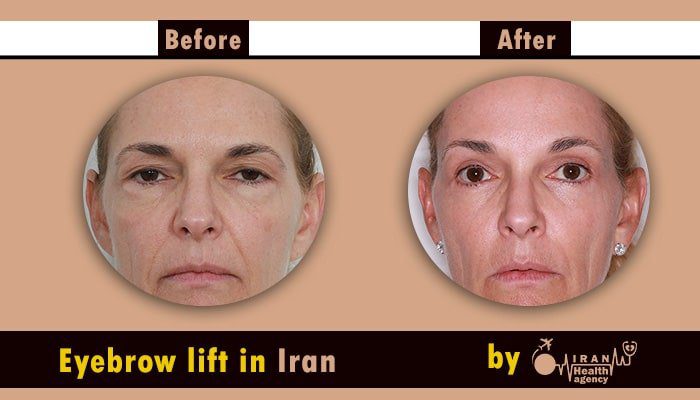 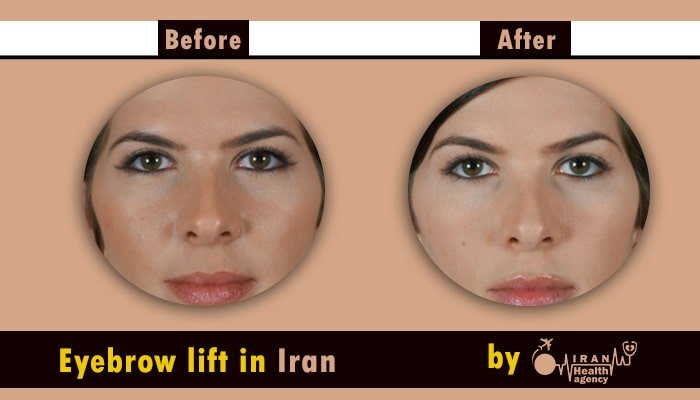 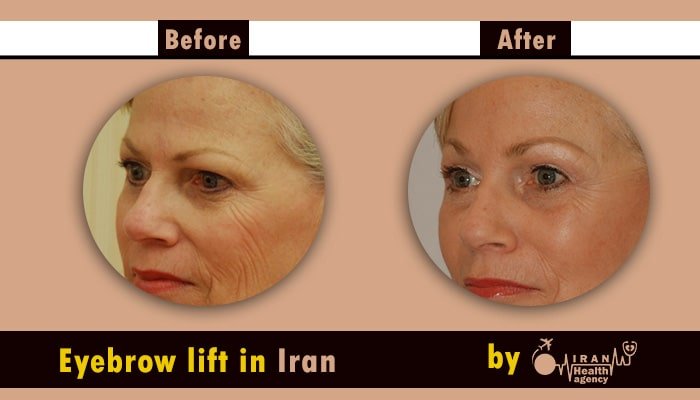 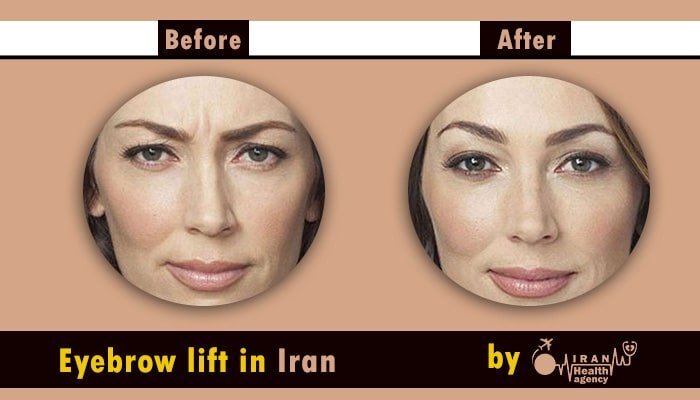 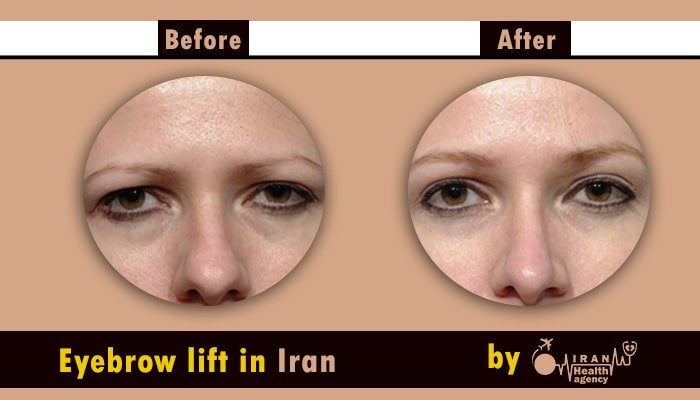 Another service you might want to know about: Eyelid surgery in Iran and its cost

What is an eyebrow lift in Iran?

Over time, the forehead muscles begin to weaken and loosen due to age and gravity, which causes drooping eyebrows. This condition makes people look tired and lethargic all the time. On the other hand, the eyebrow shadow on the eyes creates an angry image of the person. Therefore, to eliminate these symptoms and create a young and fresh face, eyebrow lift in Iran can be a good option.

Eyebrow lift according to age is done to raise the eyebrows, removing the forehead lines and deep lines between the two eyebrows. Also, by doing eyebrow lift in Iran, the eyebrows get a uniform and symmetrical shape that can have a great impact on the fit and beauty of the face. People may also decide to lift their brows to improve the balance of the components of the face and make the eyes wider and younger.

Who is suitable for eyebrow lift in Iran?

There is no specific age limit for eyebrow lift in Iran; Young and elderly people with the following conditions can choose eyebrow lift surgery:

How is an eyebrow lift done? 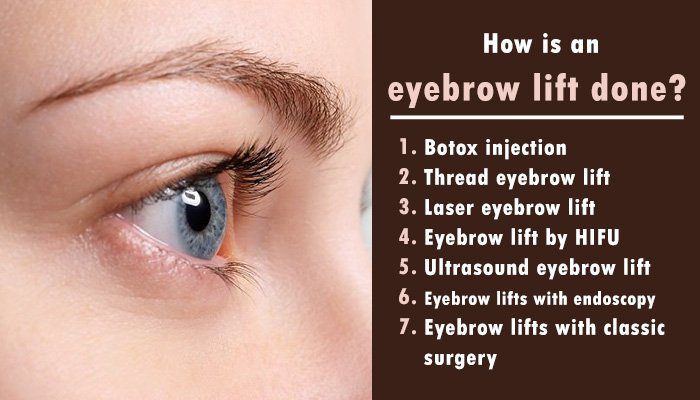 There are several methods for an eyebrow lift in Iran. These methods are divided into two main categories: invasive (surgical) and non-invasive (non-surgical).

Another type of eyebrow lift is done using special threads. The use of thread eyebrow lift to enhance beauty has been around since the 1990s; But over time, the method and the equipment used in it have changed. People in their 30s and 50s who do not have the effects of aging are the best candidates for eyebrow lift using threads.

In this method, using fine needles, thin incisions with a diameter of 3 to 4 mm are made inside the eyebrows, and threads are inserted through these incisions. Pulling these threads will cause the sagging skin to lift.

A laser eyebrow lift is another type of non-invasive eyebrow lift without the need for surgery. The function of raising the eyebrows with a laser is similar to using a laser to tighten and eliminate loose skin. In this method, during a process called neocollagenesis, collagen production in the skin is stimulated. By heating the muscles around the eyebrows, they contract and the skin above the eyelid is pulled upwards. This method is one of the types of eyebrow lift that its effects can be seen immediately after treatment.

Eyebrow lift using HIFU (High-Intensity Focused Ultrasound) is one of the newest types of eyebrow lift in Iran that is used to raise the eyebrows and remove wrinkles around the eyebrows. In this method, the energy of ultrasound waves with high intensity and frequency enters the deep layers of the skin locally. The created thermal coagulation causes the forehead skin to stretch and tighten and the eyebrows to lift.

An ultrasound eyebrow lift is a method of tightening the skin that is done using ultrasound energy and creating heat in the deep layers of the skin. The resulting thermal stimulation increases collagen production in the skin. As a result, the sagging skin around the eyelids and eyebrows is lifted. The eyebrows are also shaped and pulled upwards. Increased collagen production also plays a role in removing wrinkles and tightening the skin. The full effects of this treatment are evident 8 to 12 weeks after treatment. The feeling of stiffness that occurs after this procedure is temporary and disappears after a while.

Another type of eyebrow lift is endoscopy. This method is also an invasive method in which the patient is completely anesthetized. To perform an eyebrow lift with endoscopy, several incisions are made at the top of the forehead. Then a device called an endoscope enters the incisions. The waves transmitted by the endoscope create images on the monitor. In this way, the surgeon will have a clear image of the under the skin, which will help him/her determine the surgical procedure.

In a classic eyebrow lift surgery, the person is usually completely anesthetized. Surgery is performed at the site of the hairline or the line between the forehead and hair. In this method of eyebrow lift in Iran, the plastic surgeon lifts the eyebrow and removes the excess skin. During this surgery, the muscles that cause the frown line are weakened and the wrinkles between the eyebrows are also eliminated.

In general, at your first visit, your doctor will evaluate the following:

Note that following the eyebrow lift post-op instructions has a significant impact on the length of recovery, as well as the success of the operation; Therefore, be careful in observing the above-mentioned instructions.