What are the side effects of hair transplant?

What are the side effects of hair transplant? 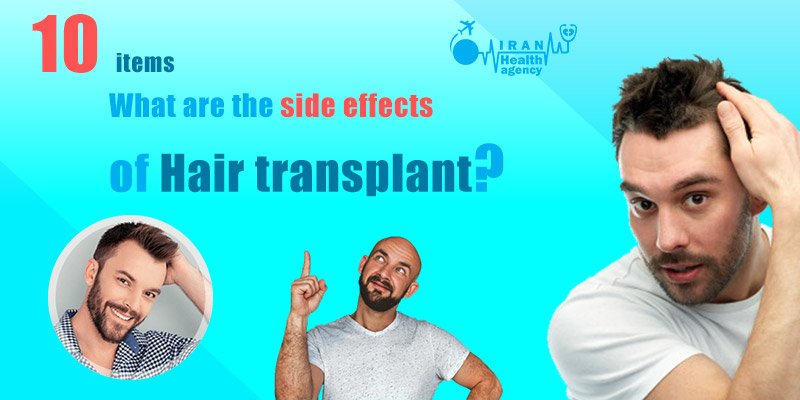 This article is a subset of hair transplant in Iran.

One of the most common complications of hair transplantation that most patients experience after surgery is swelling after surgery, which is caused by the accumulation of fluid under the skin and the patient feels itching at the treated site.

Actually there is no any definite claim for the reason of this side effect, but according to the research being conducted in 2014, less than 50 percent of patients face such difficulty post hair transplant.

but After a short period of time, the swelling can be resolved by removing the interstitial fluid and, fortunately, it can be relieved by several stages of treatment and will not affect the person for a long time.

According to the mentioned study, around 40 percent of beauty seekers had severe bleeding during surgery. Severe hemorrhages are not common during hair transplantation and often occur as a result of a surgeon’s mistake or inexperience.

I suggest you do not miss this article as it has very useful information for you!

3- Inflammation of the hair follicles

hair follicle inflammation is Another common complication that patients deal with after hair transplantation, according to the study. It develops in the form of pimples or scars at the hair transplant site, causing the person to feel very uncomfortable and itchy.

This negative side effects, damage the result of hair transplant and in some cases make it fail.

In many cases, hair transplants have a negative effect on the area where hair is removed (donor area). Thinning hair is a common occurrence in this area causing a lot of concern for patients because they want to recover their lost hair, and now another part of their hair is falling out. Most of the time, the hair does not become thinner forever, and after a short period of time, the hair begins to grow back naturally and permanently. 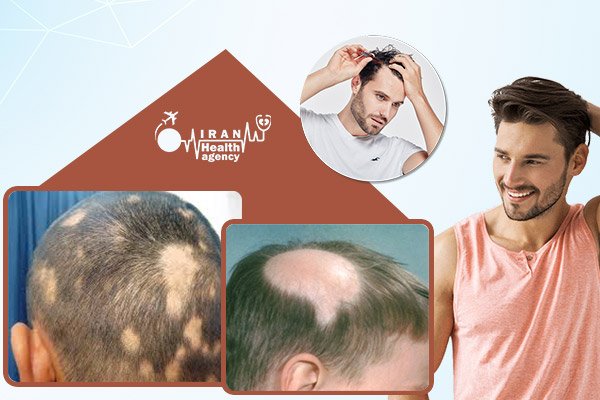 It is a very acute form of follicular inflammation that causes severe inflammation of the hair follicles and the appearance of a large number of ulcers at the hair transplant site.in Year 2014 study which was published in the English journal which indicated that the condition may eventually lead to alopecia (hair loss  in some part of head) and make hair loss worse and worse. But plananopilaris is one of the less common complications of hair transplantation.

In the above studies, less than 10 patients had this condition as a result of hair transplantation, while none of them had a history of plananopilaris before surgery.

At the time of hair transplantation, very tiny gaps are created in the scalp, causing hundreds or even thousands of hair follicles to be injured, which consequently patients feel itchiness in the area.

However, patients should not scratch since it causes the wounds to fall down and the time required for wound healing be increased. Daily hair wash with special shampoos will be helpful with sooner healing

how too stop hair loss

the other article that you may like too read!

Like any other surgeries, patients experience a type of anesthesia after hair transplant that will last for weeks. this side effect is located in the temporary and transient complications of hair transplantation. Over time, the body adjusts to the current situation, and the numbness disappears.

These cysts often form at the site of hair transplantation, and when the large volume of hair is implanted, the cysts are more likely to develop. The cysts vary in size and are often purple in color. Fortunately, these cysts are benign and disappear after 1 to 2 weeks.

In order not to damage one’s appearance, it is advisable to cover and hide the scars with the long hair around the treated area, but noted that you will no longer have hair in donor area.

Who should not plant hair?

If the donor part of the head is not hairy enough.

Women who suffer from severe and extensive hair loss.

People with a history of colloid wounds. Colloid sores are large sores that appear in the treated position after surgery.

If you are taking a drug that causes hair loss, for example the medicines prescribed in chemotherapy.

People whose hair is abnormal.

For information on hair transplantation in Iran and its safety tips, you can refer to the Hair Transplant Page.